Every so often we bring you updates from our industry.  Check out some of the things that are going on across the nation!


IDAHO SUCCESS IN STOPPING AIS
In 2014, a total of 24,393 watercraft have been inspected and 10 Quagga/Zebra Mussel fouled boats have been intercepted. For detailed information go to: http://www.agri.state.id.us/Categories/Environment/InvasiveSpeciesCouncil/Inspection_ Stations_2014/Inspection_Stations_2014.php


CROPLIFE AMERICA RESPONDS TO EPA'S "WATERS OF THE U.S." RULEMAKING
CropLife America (CLA) expresses concern about the potential impacts of new Clean Water Act (CWA) proposed regulations on crop protection product applications and agriculture. Proposed regulations were released on March 25 by the U.S. Environmental Protection Agency (EPA) and U.S. Army Corps of Engineers (Corps). CLA is conducting its initial review of the regulations and intends to submit comments when the rulemaking is published in the Federal Register.  For more, visit http://www.croplifeamerica.org/pesticide-issues/pesticide-pollution

FARM GROUPS CALL FOR SCRAPPING OF EPA CLEAN WATER ACT
Agricultural organizations are marshaling forces to defeat a proposed rule by the Environmental Protection Agency and the U.S. Corps of Engineers that would expand the regulatory authority of those agencies under the Clean Water Act, with significant impact on U.S. farming practices, they say. The proposed rule would give the two agencies the power to dictate land use decisions and farming practices on or near waters and land features covered by the rule, he says, and would make it more difficult to farm or to change a farming operation in order to remain competitive and profitable. Visit the groups website to learn more.


SePRO LAUNCHES INSECTICIDE Rycar (Nichino’s Tolfenpyrad)
Rycar is a new insecticide from SePRO. The Insecticide Resistance Action Committee (IRAC) has yet to determine a new chemical group for Rycar and has classified it as UN (unknown). Rycar controls whiteflies (both B- and Q-biotypes), aphids, mealybugs, leafhoppers and chili thrips. Rycar is a new tool for growers to battle these insect pests while balancing the need to utilize alternative, softer chemistries. In addition to being a softer chemistry with low use rates, Rycar is also effective on pests resistant to traditional pesticide classes such as neonicotinoids, pyrethroids and organophosphates. Rycar has also been shown to be very gentle on a wide array of beneficial insects.  For more information on Rycar, visit SePro's website.


"SOLARBEES" TO BE USED TO MANAGE NUTRIENTS ON NORTH CAROLINA LAKE
The Army Corps of Engineers is wrapping up the environmental impact review of a $1.4 million plan to put solar powered water mixers (also known as SolarBees) on Jordan Lake to break up algae.
Last year, the General Assembly decided to delay implementation of rules that would restrict development around the lake to reduce contaminated runoff. Instead, they had the Department of Environment and Natural Resources spend $400,000 on 36 SolarBees to churn the water and prevent chlorophyll a, which is linked to algae blooms, from building up.  The program has come under major scrutiny and the effectiveness of the SolarBees is under question, even prior to deployment.  Click here for the full story.

SYNGENTA UNVEILS PLANS FOR ITS NEW FUNGICIDE ACTIVE INGREDIENT
Syngenta has unveiled plans for the introduction of a new active ingredient. The SDHI fungicide - known by the general name Solatenol fungicide - will be available under four products for use on wheat, corn, cucurbit and fruiting vegetables, grapes, peanuts, pome fruit, potatoes and soybeans. "As growers continue to encounter profit-robbing foliar diseases and soil pathogens in their crops, the need grows for an effective fungicide with broad-spectrum, long-lasting disease control," said Allison Tally, technical product lead, Syngenta. "Solatenol fungicide binds tightly to the plant's wax layer and slowly penetrates the tissue, providing the disease control that growers need." For more information, visit Syngenta's website. 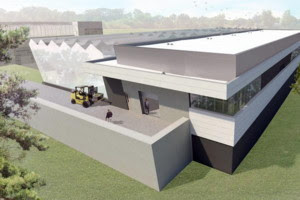 Specifically, the plant science company is developing land it acquired in 2012. The plans call for another new greenhouse - this time 29,500 feet, as well as infrastructure and land development to support future growth. Its new facility will provide dedicated and isolated greenhouse space for insect testing, as well as plat disease research. Work begins this summer.